A Book Review: The Day of the Jackal by Frederick Forsyth 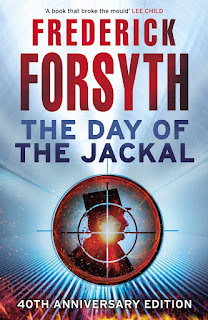 The former French president, Charles de Gaulle, is one of the most influential figures in the modern history of France. During Charles de Gaulle's presidential reign, he introduced the Algerian initiatives. In turn, Charles de Gaulle angered, and made bitter enemies of OAS, an extreme right-wing military organization. OAS attempted to assassinate Charles de Gaulle 6 times but all attempts ended in failures. Their most famous assassination attempt took place on 22 August 1962. This incidence became the basis for Frederick Forsyth's thriller novel, The Day of the Jackal.

On 22 August 1962, OAS failed to assassinate Charles de Gaulle. The incidence spelled a disastrous aftermath for OAS, where the French government agency tightened its security protocol both abroad and onshore. The French police arrested several key OAS personnel, and the organization appeared to be reaching its twilight years.

Desperation drove the top directives of OAS to change their tactics and hatching a new plan. In this new plan, OAS would hire a professional assassin, unknown to the French authority, to take out Charles de Gaulle. In many ways, this new plan is ingenious because while the French secret agency was on high alert against OAS agents, but they would have never paid attentions to a hired assassin.

The director of OAS spent 3 months to research the dossiers of assassins. He finally found a perfect candidate for the job; a tall, blond Englishman who starred into the world with a pair of soulless, grey eyes. This man, codenamed “The Jackal”, was the best assassin in the business. OAS negotiated with The Jackal and agreed to pay him a hansom sum in exchange for taking out Charles de Gaulle.

When The Jackal walked out of the negotiation room in Rome, he set out on a secret mission that could change history. From there, The Jackal would disappear into the crowds and no one, not even his OAS employers, knew the day when The Jackal should squeeze the trigger and take Charles de Gaulle's life.

The Day of the Jackal was approaching, could French police and government agency stop this faceless assassin? Or was Charles de Gaulle counting his last days on earth?

The Day of the Jackal occupies a spot on BBC's survey “The Big Read”. I can see why this book has attracted a mass following. This novel is very well written, its story is both believable and clever. This tale of suspense is set in a turbulent time in France, and the book tells a suspenseful story surfing atop a current of political intrigues.

In this book, Frerderick Forsyth employed an interesting method of storytelling. He blended the narratives from historical, non-fiction books with the narratives from a fiction novel. This type of narratives gave readers both a bird's-eye view, as well as a third-person omniscient point of view of the story. The first chapter in this book is based on real history, it began a bit slowly but this chapter established the background for the story. The second chapter and onward are fictitious, and that's when the story of the Jackal began. And once the Jackal's story began, the book turned into a fast-paced novel, building suspense and momentum all the way, until the story reached a crescendo at a grand finale. Let me just say, the last 50 pages of this book was truly heart-pounding stuff. 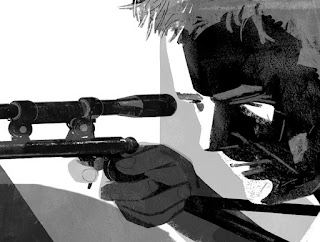 If you read a lot of fictions, then it may take you some time adjusting to Forsyth's method of storytelling. However, I'd argue Forsyth made a clever choice by telling his story this way. Why? This is because The Day of the Jackal has an intricate and complex plot. This is a political-spy thriller where many things happened and many characters are involved in the story. Forsyth's unique method of storytelling gave his readers an easy way to tracking a story, especially when the story is as complex as the one in this book.

Speaking of characterizations, the Jackal was both the protagonist as well as the antagonist in this book. This is an unusual, yet fascinating choice of characterizations. When I was reading this book, I couldn't help but admire the Jackal's elaborate and clever plan. As a result, I partially rooted for the Jackal and secretly wished for his success. However, a part of my mind also held me back from totally rooting for the Jackal, because he was a cold-blooded assassin who killed people for money, and his mission, should he succeeded, was not going to benefit the world at all. Suffice to say, my reading of The Day of the Jackal proved to be a most unique and interesting experience.

I think The Day of the Jackal is a marvelous novel. This books packs more than a handful of suspense into its story, a story that is built on real history and cleverly conceived. So cleverly conceived that this book even inspired a few real life assassination attempts! (I am not kidding, take a look at Wikipedia) This book is among the best thrillers out there on the market, and it certainly deserves its spot in BBC's list of top 200 books. I highly recommend The Day of the Jackal to fans of the thriller genre, especially for people who enjoy Jack Ryan novels.