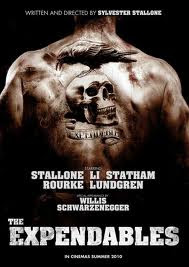 I haven't been to the movies in a long time, after I saw the biggest boy's movie last night, I decided to write this review because as an audience, there is something that I really want to say about modern day movie making after seeing this film.

It was tempting to see Inception, because everyone is raving about how good it is,and what an in-depth film it is. While Inception is probably a really good movie, but I just feel like I've had enough of these modern day films with "in depth" and "complex storyline, it seems now days, a complex storyline and moody/dark cinematography is how people define a good movie. Action movie producers, directors and audiences seem to agree that a good action movie should contain following ingredients:

1)Contains some kind of complicated storyline that is difficult to follow, and lots of twist and turns to surprise the audience, despite how confusing it can be sometimes.

3) Contains some kind of philosophical message that no one really understands, enough said here...

4) Contains a not so macho hero, preferably a metro-sexual, scrawny guy with thin arms and a feminine looking face to please the feminism movement.

5) Contains pointless random violence with no real meaning, usually done with good looking cinematography and has no real moral message.

6) Contains some kind of post-modern ideas, so what seem to be the bad guys are actually not so bad, and good guys are actually no so good because they believe in some absolute value... it seems movie makers are universally including this element saying, "let's make sure we put post modern stuff so we won't offend anybody".

All in all, as someone who watches a lot of movies, I often feel that modern movies are becoming too sophisticated to be enjoyable. Actually, I wonder if some people rate some of these "in-depth" movies highly because they don't really understand what it is about either, so they give it good rating so they don't embarrass themselves.

So personally, this is how I really feel "Modern day movies are too complicated and too pretentious to be properly enjoyed".

As an audience I've been craving for some old school actions where good guy kicking bad guy's butt kind of movie, so... In my mind I finally decided to see The Expendables instead of Inception. To be honest, I have been wanting to see this movie ever since I first heard about it.

The Expendables is directed, produced by Silvester Stallone, actually Stallone took part in writing the script as well. He also managed to pull together an all star cast, such as Dolph Lungdren (the Russian guy from Rocky 4, and the bad guy from Universal Solider), Jet Li, Jason Statham (Transporter, Crank...), Mickey Rourke, Terry Crew, Steve Austin, Randy Couture,both Arnold and Bruce Willis made cameo appearance, and of course Stallone himself as one of the protagonist.

By now you probably noticed that some of these action stars are from the 80's or the early 90's. Actually, if you are under 25 years of age you probably never heard of some of these stars. However, this is what made this movie so great, because Stallone could have used any nameless new actors for the cast, but the choice of the cast was done to show that in an action movie, you don't need over the top CGI, but it is actually better to have real actors performing the actions. These guys have been making this kind of movies decades ago, and though they might be old, but they are still the best at what they do, and that is making action movies.

The story of the expendables is really straight forward, it is about a group of mercenary soldiers who usually take on dangerous missions that no one would want to do, so they picked up this mission when they are supposed to eliminate some dictator in South America, and the mission took some twists and turns, as they eventually did the mission because they realized it wasn't just about the money.

While the script is no Citizen Kane, it is interesting enough to keep the audience wanting to watch it more. Together with humours presented in 80's one-liner style, there were dialogues made the entire audience in the cinema laughing uncontrollably.

The action was top notch, this movie is packed with intense martial art fights, fist fights, heavy machine gun shoot outs, explosions that promised to rain ultimate destruction on the baddies. Sensitive viewers beware that this is an action movie, and it is pretty violent. Personally I didn't have problems with the violence in this one, because it is violence that come as a result from good guys VS. the bad guys. Unlike the pointless violence in movies like Hostel, Sin City, No country for Old man etc..put in purely to shock the audiences. The violence in this 80's style action flick actually means something.

However, the camera can be a bit shaky at times, and sometimes it can be slightly difficult to see what is going on during a fight. However, the fights are so memorable and well done that the audiences will soon forget about this little inconvenience.

AS the credit of the movie started to roll, I really wouldn't mind watching it again, because after so many years, I finally get the feeling of actually enjoying an action movie, the feeling I had all those years ago when I first saw Die hard, Lethal Weapon, Robocop and Cobra. My head didn't ache from trying to understand the unnecessary complex plot so common in modern day films, and my eyes didn't hurt from watching the over-exuberant display of CGI stuff ever present in modern movies. I said to myself, wow! I actually had a GOOD TIME watching this movie!

This movie is pure fun, exciting, violent and explosive, a tribute to a glorious era long gone when the heroes were REAL MEN who butt-kicked the baddies with their bare hands, sometimes with heavy machine guns and grenades leading to massive explosion of all structures, all for the sake of protecting innocent people and the weak, and it is GOOD to be STRONG, because you can use it to help and uplift the weak. I grew up watching movies like these, and a part of me has been influenced by this kind of stuff, really simple and straight forward stuff, and I think this kind of influence is far better than what modern day media is trying to say to the kids now days.

I don't exactly know why I like The Expendables so much, maybe it is because I am old school,but mostly it is because I just love that through his latest movies Stallone has been assertively making a statement, a statement that has been on my mind and possibly a lot of other audiences out there for so long.. "when it comes to making movies, sophistication does not always equate to brilliance and audience satisfaction, and it is good to demonstrate moral messages through clarification and simple means".