2020 is almost here. I still cannot believe 2019 has come and gone. For me, 2019 was a busy year so I have not had the time to update Daniel's Corner Unlimited. However, this year I read heaps of books and watched a ton of movies. So as the year is drawing close to the end, I am writing this entry to share with you, my top 5 favorite movies of 2019. 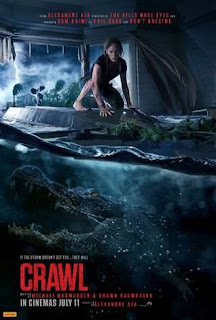 In Crawl, director Sam Raimi's returns to the world of Horror. If you haven't heard of Sam Raimi, he is the guy who made cult classics like The Evil Dead and Drag Me to Hell. Crawl is a creature horror movie in the vein of Jaws. The premise in this movie is very simple; a young woman and her father became trapped in their house after a category 5 hurricane brought some alligators to the town. Obviously the story is unbelievable but this movie is hella fun. If you are after a thrill ride then Crawl won't disappoint. 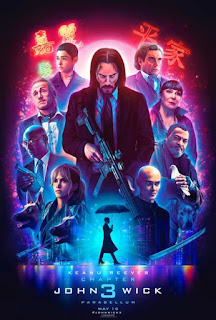 The John Wick franchise is, in my opinion, the best action movies of the decade. These movies woo the audience with stylish cinematography, well choreographed fights, and a fascinating world. It is an understatement to say these are some of Keanu Reeves' best movies. The third installment in this franchise brought a conclusion to the story of John Wick. There is a not a dull moment in this movie and the fight sequences are stunning. John Wick Chapter 3 is my favorite action movie of the year and I watched it twice already. Will there be more John Wick movies in the future? I hope so.

Number 3: How to Train your Dragon 3 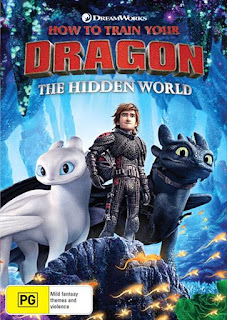 How to Train Your Dragon requires little introduction. I have been a fan of the series since the first movie came out in 2010. I love the adventures of Hiccup, Toothless, and their friends. The third entry in this franchise brought a satisfying and heartwarming conclusion to their story. I applaud this movie for ending the beloved series on the high note. 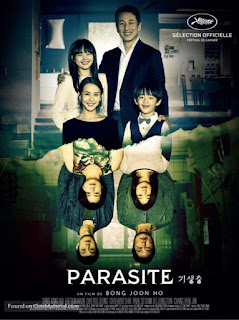 Parasite came from South Korea and it is a surprise hit of the year. This movie became a darling to both critics and the general audience, worldwide. I saw this movie recently and I think it is brilliant. The story follows a poor family scheming to become employees at a very rich household by posing as highly qualified people. I love the humor in this movie because it is very dark, but it is also the type of humor that makes you think about the society and the underlying system. I especially like this movie as an excellent social commentary about economic inequality (and climate change). This movie has generated a lot of Oscar buzz and I think it will win a few Academy Awards. There are so many symbols in this movie and I can write pages and pages of discussions about the film, but instead I will just recommend this movie to you and let you experience it yourself. By the way, although I don't speak Korean but according to Dr. Google, the song in the end credit is called "564 years". How does the song relate to the movie? Well, it is significant but I won't spoil it. 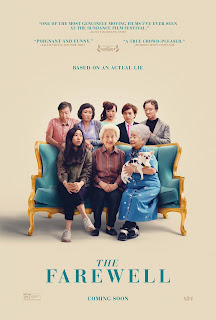 My number 1 favorite movie of the year is The Farewell. This is a family drama with comedic elements and it will warm your heart. The story is about a Chinese family coming to terms with the news of their beloved grandmother dying from a terminal illness. The casts in this movie put up excellent performances and the story, while simple, is very powerful. The Farewell may be a Hollywood production featuring a cast of racial minority actors and actresses, but this movie is not an exploration of the east-west relation and cultural differences. No, while the story is about a Chinese family, but you can easily substitute it with an American family, or a family of any cultural background, and the story will have the same impact and power. This is because the themes in this movie are universally relatable regardless of who you are, or where you are at, in life, and this movie is all the more beautiful for it. The Farwell is a cinematic gem not to be missed.

That's it folks. From Daniel's Corner Unlimited, I wish you a happy and successful 2020!