A Book Review: United States of Japan by Peter Tieryas 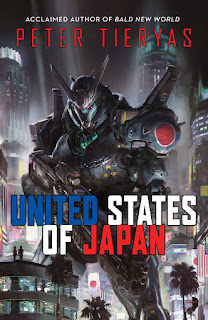 What would have happened to the world if the Axis Alliance had won World War 2?

The above question serves as the premise for United States of Japan. This book, written by Peter Tieryas, is an alternate history/sci-fi/cyberpunk novel of a dystopian persuasion. This story, dark and twisted, combines mystery thrillers with detective fictions, and it is set in a world where Axis powers defeated the Allies in World War 2, with Japan reigning supreme over North America.

I discovered this book while watching a preview video posted by my favorite booktuber. I learned that Peter Tieryas called his book a “spiritual successor” to Philip K. Dick's The Man in the High Castle. The author's statement invited me to pile on high expectations for this book. Last week, I finally had a chance at reading this book. Did the book live up to the hype?

Half a century ago, the war to end all wars concluded. The final victory belonged to the Axis Alliance. United States of America was no more. In its place, United States of Japan (USJ) was born.

In 1986, North America exists as an extension of the imperial Japan. Americans worship the infallible Japanese emperor. In USJ, history classes teach that Japan's conduct during World War 2 was impeccable, and its soldiers were paragons of virtue. An exemplary citizen of USJ is expected to never question the infallibility of the emperor, the empire, or its history.

USJ is a colony of total obedience and submission to the Japanese empire; well, almost...because a shadowy group known as the George Washingtons challenged the emperor's authority. The rebel's latest tactic, is to distribute an illegal, controversial video game that asks players to picture an alternate world where United States of America had won the war instead.

“Such a blasphemous video game must be censored!” Declared the Japanese authority.

Here enters Captain Beniko Ishimura, an officer of the USJ who specializes in censoring video games; together with Agent Akiko Tsukino of the secret police, the duo undertook an assignment to uncover the root of the controversial video game. But as their investigation went on, Ben and Akiko realized the George Washingtons and their story is far more complicated than it appeared to be...

My thoughts about this book:

United States of Japan is a fascinating book!

Ok, first of all. Don't be deceived by this book's cover. Yes, the cover art features a giant mech, but I guarantee you United States of Japan is NOT a Pacific-Rim-like episode with giant mechs smashing down mutant monsters. No no, while giant mechs do exist in this book, but they are serving two purposes: 1) Adding flares to the action scenes, and 2) the giant mechs played an important role in the worldbuilding, because it symbolizes the mech culture that's deeply embedded in East Asia.

This does mean, if you are into the mech culture, then you will probably like this book. But this is not all. To me, United States of Japan not only is akin to The Man in the High Castle, but this book's atmosphere also reminded me of Do Androids Dream of Electric Sheep? (This is the novel that serves as the basis for the movie, Blade Runner). Why? Because United States of Japan and Do Androids Dream of Electric Sheep are both telling sci-fi stories with many twists, thought provoking twists that hit readers in their faces at the least expected moment.

United States of Japan depicts an alternate world that is dark, moody, brutal, and frankly, quite depressing. It is a story set in a dystopian world abundant with elements from cyberpunk. The worldbuilding is both rich and imaginative. The author successfully created an interesting alternate world showing how Japan's technology and culture would have influenced the world if it had won World War 2. The story's theme lies very close to my heart. It engaged, and explored social/philosophical topics from politics, racism, xenophobia, technology, and religion.

This novel features two protagonists; Officer Ishimura and Agent Tsukino. Both characters are fascinating and the story developed them on very steep curves. Having said this, I was particularly fond of Officer Ishimura, who, entered the story initially as a middle-aged, cowardly government officer. However, as the author unveiled the plot, the curtains for Ishimura's character are drawn back, revealing his true nature. It turned out this outwardly spiritless man is more than meets the eye.

On the other hand, Agent Tsukino's character is polar opposite to that of Ishimura's. Deadly and loyal, Tsukino initially joined the story as secret police agent whose faith in the empire was as unshakable as a squatting mountain. She was loyal and faithful to a fault, and frankly I found her unquestioning naiveness a bit annoying at the beginning. As the story went on, however, Tsukino experienced events that rocked her worldview and her character underwent breath-taking transformations. It suffices to say, I enjoyed reading Tsukino's personal journey, because her story resonated with my own experience, where the certainty of her worldview was shattered by facts contradicting her beliefs, and she had to rebuild her worldview, brick by brick.

I have very positive impressions about this book, but one element about this book irked me (warning: minor spoiler ahead). I was not entirely convinced by the author's portrayal of Japan as an utterly evil power. Sure, given Japan's motivation and barbaric conducts in WW2 (such as the massacre of Nanjing), I think it is rational to extrapolate these historical facts to portray the Japanese empire as an antagonist in an alternate world. But I do think the author's treatment of the Japanese empire in this book is a bit overly black and white. The dividing line between right and wrong in national conflicts usually exist in muddy waters, where conflicting sides each have their own stories to tell.

A dark, brutal, and twisted thriller, United States of Japan delivers hours of fun reading while challenging its readers with thought-provoking, philosophical repercussions. I deeply enjoyed this book and I would like to re-read it in the future. This is my first time reading a cyberpunk novel and I had a great time reading it. I highly recommend this book to my fellow readers who enjoy sci-fi novels of a dystopian persuasion. 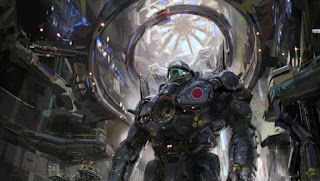