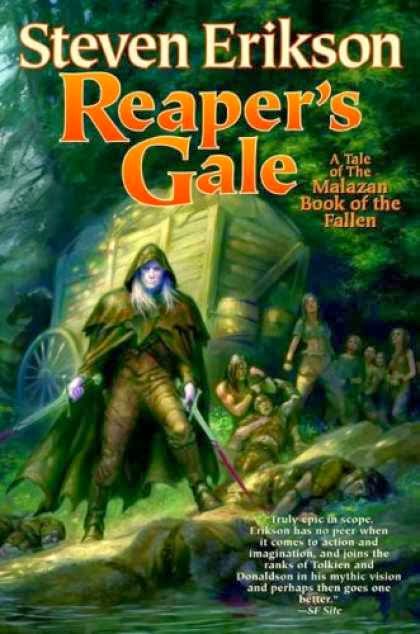 “Maybe when the wilful blindness runs its inevitable course, there will be born wilful wisdom, the revelation of seeing things as they are.
Things? To which things are you referring. Old man?
Why, that everything of true value is, in fact, free.”

I just finished reading Reaper's Gale, the 7th book to The Malazan Book of the Fallen series. The page count of this massive book is more than 1000 pages, and it is also a direct sequel to Midnight Tides, the 5th book in the series. Reaper's Gale brought satisfactory conclusions to several story arcs, which started in book 5. Let's have a deeper look:

In Midnight Tides, the Tistiue Endur warrior Rhulad Sengar came to possess a cursed sword by accident. This cursed sword cam bring Rhulad back to life whenever he is slayed, making him immortal. By the power of the sword, Rhulad led his fellow Tistie Endur tribes to conquer the Letherii Empire. Now, he sits on the throne as an emperor. However, Rhulad's immortality comes at the cost of his sanity. Eventually, the sword drove Rhulad into madness. In his paranoia, Rhulad accepted his chancellor's advise, and established secret polices and agents, conducting campaigns of tyranny against Letherii citizens.

On the Endur fleet travelling to the city of Lether, are countless champions selected to cross blades with Rhulad in the arena. Among them are Karsa Orlong and Icarium Lifestealer, these two warriors possess immense martial prowess, but is their prowess enough to defeat Rhulad and his cursed sword?

In the meantime, adjunct Tavore Paran led the outlawed Malazan army, the Bonehunters, to land on the continent of Letherii. Their goal, to conquer the the empire of Letherii and bring down the reign of Rhulad. The Bonehunters are greatly outnumbered, can they succeed in their mission?

What I think about this book:

The short synopsis above doesn't even being to describe the epic scope of story in Reaper's Gale. In this book, there are at least 5 story arcs developing simultaneously. The cast of characters is massive, and Reaper's Gale is probably the most epic book in this series yet.

I found The Bonehunters hard to read, because the story lacked cohesion, and it felt like a book containing too much filler information. This is because The Bonehunter is a middle book to bring all 3 major story arcs from previous books together. Fortunately, Reaper's Gale doesn't have this problem.

However, this does not mean Reaper's Gale is an easy read. There are too many characters and too 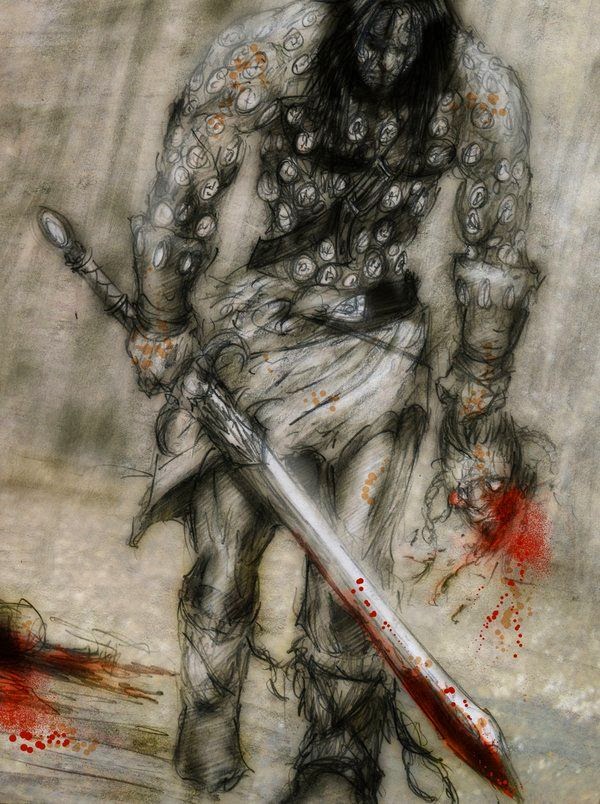 many story arcs, and it is difficult to keep track of everything happening in the book. As a reader, I had to pay very close attention to every sentence, and constantly tried to recap the different story arcs. I could compare my experience of reading Reaper's Gale to doing a memory test.

This does not mean Reaper's Gale is a bad book. On the contrary, I really liked Reaper's Gale, and found it to be a much stronger book than The Bonehunters. While Reaper's Gale does make its reader work very hard to read it, but it is also immensely rewarding. This book brings satisfactory conclusions to some story arcs that started from previous books, so if you have read the previous 6 books, you don't want to miss this one.

I found the main theme in Reaper's Gale captivating. There are 5 story arcs in this book, but they are all focused on the theme of materialism and the corruption it brings. When I was reading this book, I found the Letherii Empire can be compared to our world, where the economy is driven by greed, and constantly goes through the boom and bust cycles. In this book, the Letherii Empire has a culture that is obsessed with accumulating and consuming material goods, in excess and in indulgence. It is a system that heavily punishes those who are not good at the money-making game, while the rich have resources to become richer, the poor became poorer. This culture of materialism worship eventually made the empire weak, and they were easily conquered by the Tistie Endur invaders. However, after the Tistie Endur took control over the empire, they were soon corrupted by the same culture of greed and indulgence, and the Tistie Endur gradually became weak, and chained to the Letherii's way of life.

This is why the story in Reaper's Gale became even more interesting, when two of my favorite characters in this series, Tehol and his manservent Bugg, both financial geniuses, brewing a scheme to bring down the Letherii economic system to a total collapse, thus rebooting their society. As readers, we examine the materialistic culture of the Letherii Empire through the eyes of Tehol and Bugg. As they look through the problem of greed and materialism, then turned around and ask the readers a question:

Are things only valuable if they can be measured by material standard?

Reaper's Gale also concluded the story of Rhulad, as Karsa Orlong and Icarium finally arrived at the city of Lether to challenge Rhulad. As these 3 powerhouses finally collide, I won't spoil how the story ended, but let me just say, it ended in a very satisfying way.

Like George R.R Martin, Steven Erikson is not shy when it comes to killing main characters. I will not spoil the story here, but several characters met their demises in this book in the most unexpectedly ways. However, I really appreciate this aspect of Erikson's writings, because it creates a real sense of danger for these characters, providing elements of surprise.

Like all other books in the Malazan series, Reaper's Gale is a huge book, it is also a very dense, and complex book that demand the reader to work hard to understand it, but reading this book is also a rewarding experience. If you are a fan of fantasy fictions, and looking for books that are different to the traditional Tolkien style stories, then give The Malazan Book of the Fallen a try. In the meantime, I am about to start reading the next installment in this series, Toll the Hounds.

Thank you for reading this review. 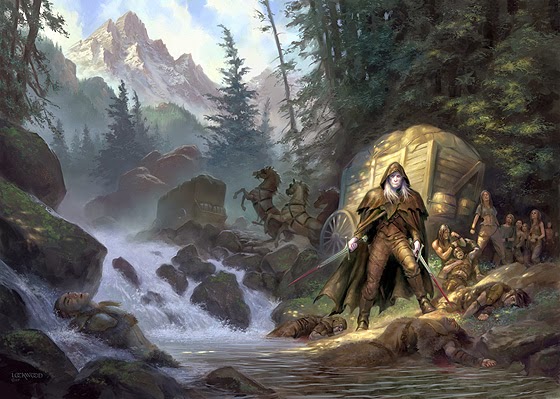